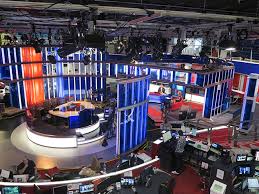 The week was kick-started by being chauffeur driven to the Sky Skills Studios. The Students were lucky enough to have a tour of the studios and watch a live recording of sky sports. The aim of the day was to create a newsreel and students were given the topic ‘Celebrity Culture’. Like the industry itself, the students were given limited time to script, film and edit their story. The students had immense fun dressing up – Mateusz stealing the show as Dappy from Ndubz. They all produced something quite unique and had a very fun day.