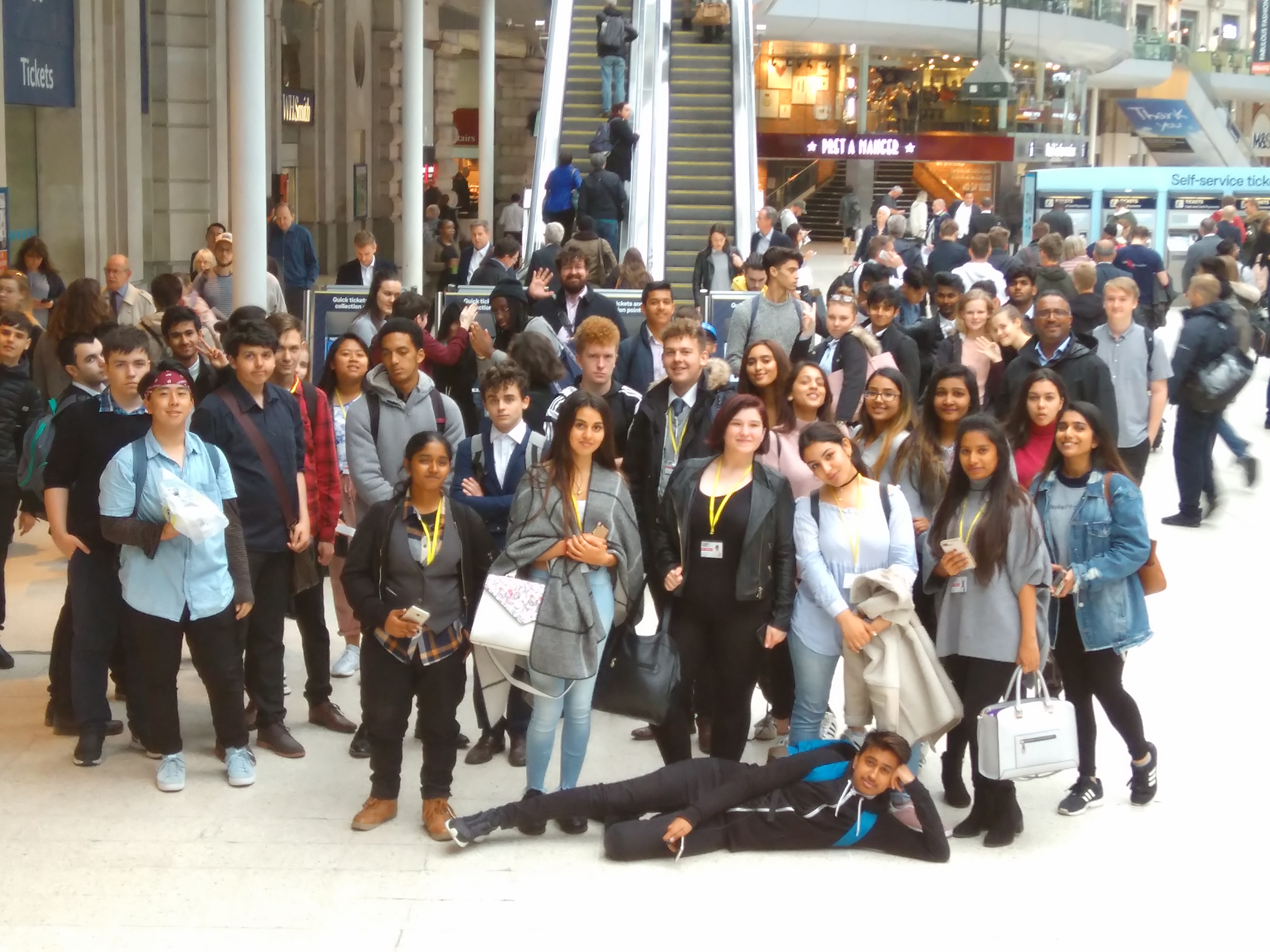 London Scramble (or was it a ramble!)

“I have a good idea”, said Mr Lockwood.  “Let’s get the Year 12s into London for a problem solving afternoon!”

So the scene was set.  70 Year 12s, accompanied by staff, disappeared from Feltham on an afternoon of challenges, problem solving and picture taking.  The riddles caused some teams to scratch their heads, while others ran for their prize of a Nando’s voucher.  When the idea was originally pitched, the students were not overly excited but with the addition of a possible meal out at Nandos the teams soon got on board.

A really good afternoon with some very amusing stories by the end.  Some teams got there, others did not but everyone had an enjoyable day visiting some of our Capital’s land marks.