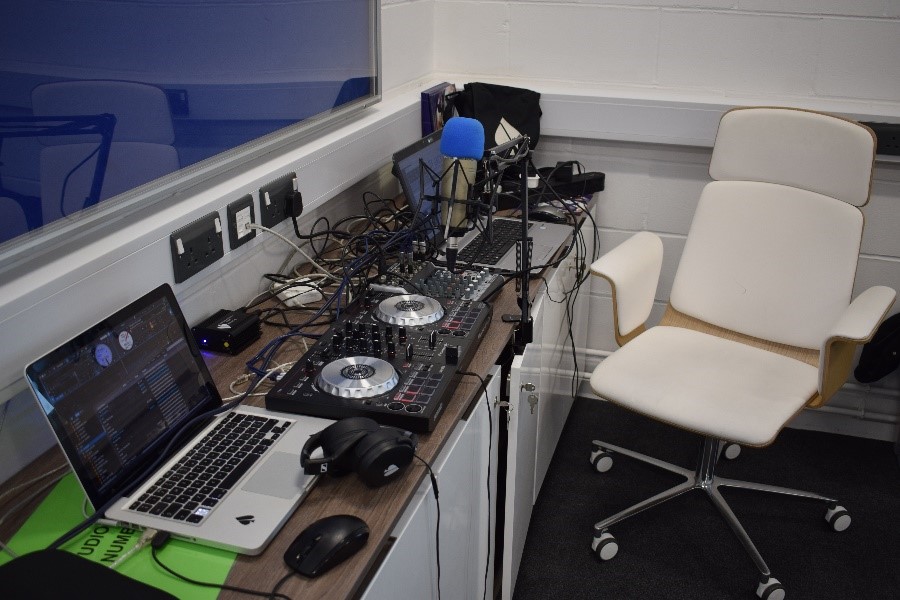 Logic hits the airwaves thanks to Ace of Jacks radio producers

A visit from the radio and media team behind Ace of Jacks radio gave 11 Year 10 students the opportunity to test their skills as DJs during PBL week.

Over the course of a half-day workshop, the students developed ideas as to how they could develop a business idea, and then hosted a radio show to interview each other on their brand concepts. In the second part of the session they were shown the technical set up for a radio show and given a chance to experiment with mixing tracks.

Highlights included Courtney Vizard and Adam Gaibi showing their skills as hosts; Kyle Gurney, Nafeesah Kasim and Moawia Mirghani taking to the decks like naturals; and Claudia Szysz’s appetising idea for a vlog series reviewing chocolates from around the world.

The students’ activities were broadcast live online – worldwide from the heart of Feltham! 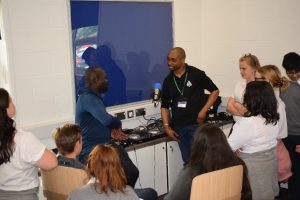 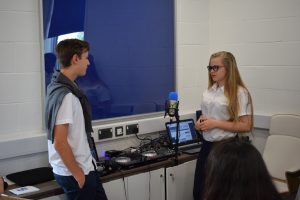